This article is part of the series “Get Familiar With German Given Names In Old German Script” where you will find similar articles about other German names, including name variations and examples out of old documents. In this article we’ll deal with old German script Johann resp. Johanna.

Some of the name variations are mainly used in certain German regions so it might well be that you’ll never ever see them in your own research. But according to the “better safe than sorry” it’s not one of the worst ideas to list them all, don’t you think? Please have a look at the list below.

For more and international variations of Johann resp. Johanna please have a look at “Behind the name“, an incredible name website with more than 200k of names all over the world. Please also pay special attention to the very interesting internal links on the right side of their page: 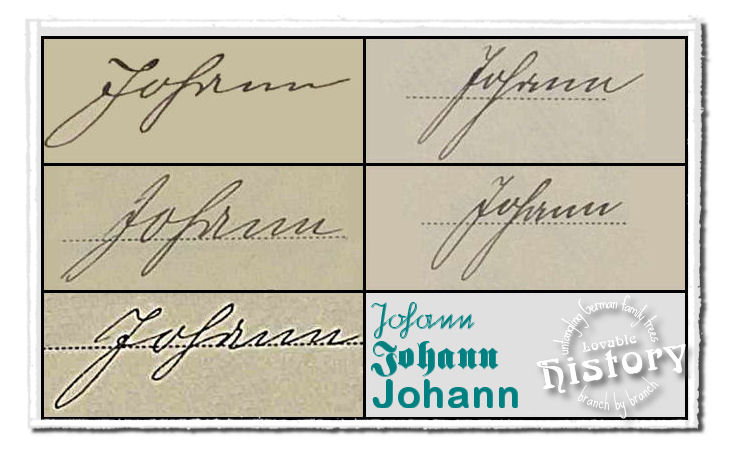 We’ll start easy. These are the first five versions of the name “Johann”, all from a municipal death register around 1900. Can you keep apart all six letters in the five words? 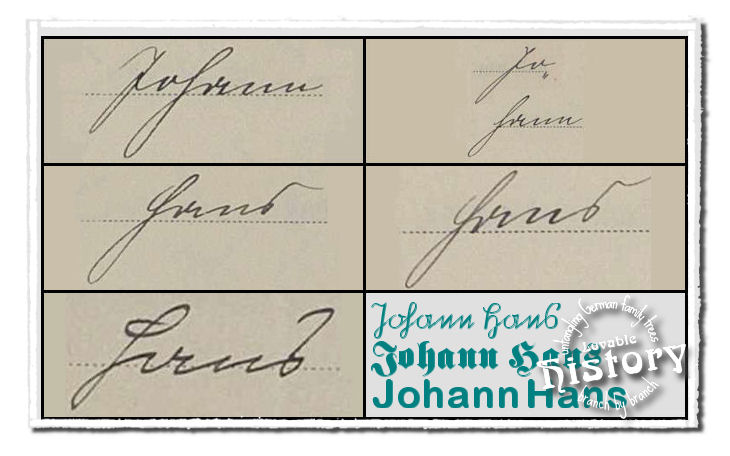 Another batch of snippets, again depicting the name “Johann” as well as one of its variations: “Hans” 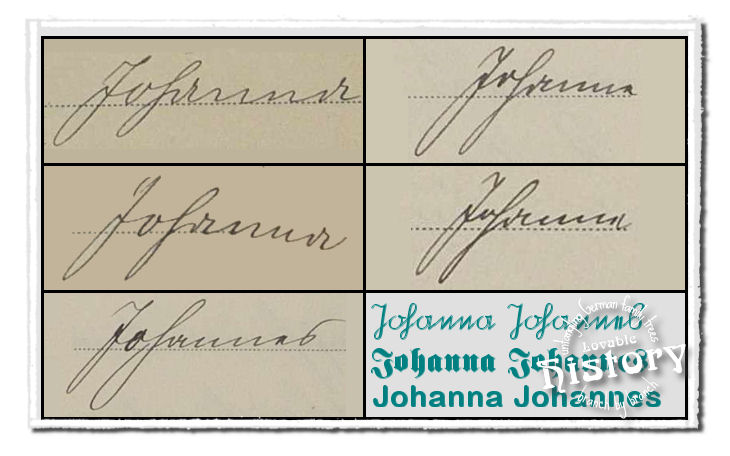 The first four snippets show the female version of Johann: “Johanna” or Johanne”. 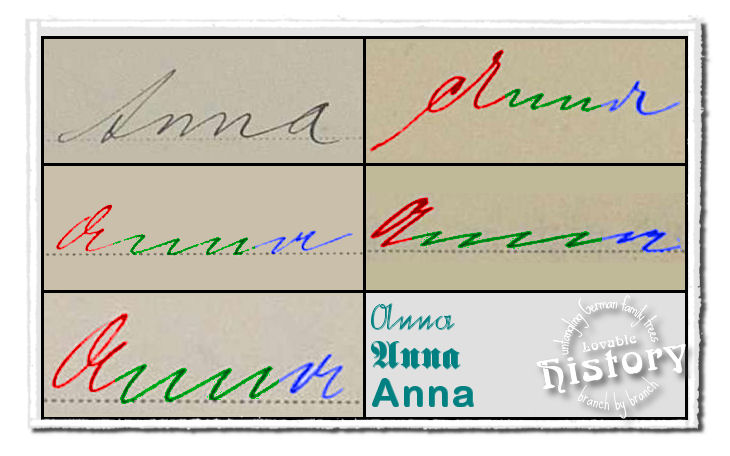 And the final fine snippets, for the time being. This time I colored the letters of the name “Anna” to help you see where one letter ends and the next begins, not easy with multiple ups and downs so close together…

Names with lots of short letters like “n”, “m”, “i” or “r” close together are not easy to read. All those ups and downs so close together makes it difficult to determine which letter combination that is. I often sit there, pouring over a word, capping the ups and downs to be able to count them properly, mumbling to myself all the time. Did you ever do that? I’m guilty of that – as long as it helps me, right?