SCHULTE as profession and surname

The Schulte (also Schulze, short for Schultheiß) was originally an official who on behalf of his master “Schuld einheischt”: who claimed, collected and kept track of various obligations (rents and duties) from members of their community, like cities, shires, principalities, etc. In later times there also were plain village mayors, on behalf of the (mostly noble) landowners who might not have been resident in the villages (any more). The office of a Schulte was often associated with the possession of a certain property or demesne farm (Schultengut) which in a lot of cases had developed from the agricultural part of a noble estate. 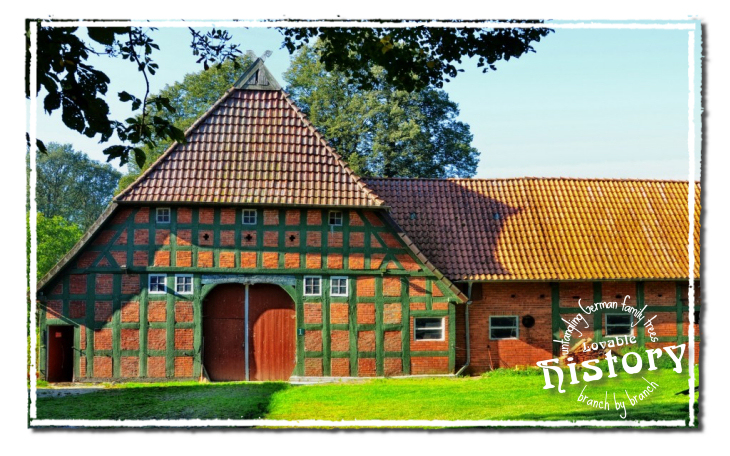 The great majority of our family names formed in the 14th to 16th centuries, deriving from given names, professions, places of origin, location descriptions, personal traits, etc. As with a lot of other professions, the profession of a Schulte in most instances turned into a family surname which can make research easier and harder simultaneously (more on that in the posting about vulgo names).

The term Schulte as name is often found as first part of double names, with or without hyphen or sometimes connected with “zu”. This might’ve even changed throughout a person’s life… The second part was originally an estate or village name, e.g. Schulte-Barop was the village mayor of the village called Barop. Same with Schulte Brackel, Schulte zu Dellwig, Schulte-Lenninghausen, Schulte Marten, Schulte zu Sodingen, Schulte Sölde, Schulte-Vellinghausen, etc. Whoever sat on the Schultengut and had the position of Schulte in that particular village, would bear this kind of Schulte double name.

In earlier times the sons used to learn their profession from their father, and the Schulte was no exception. Of course the Schulte sons would learn from their father how to run a farm: taking care of the crop and the cattle, sowing and harvesting, mending tools and agricultural implements. But, contrary to peasants’ sons, they would also learn the administrative tasks of a Schulte: book-keeping and billing, settling of conflicts in their community and representing their community towards the “higher-ups”.

So it is no surprise to find members of the various Schulte families to appear amongst the developing public administration, first in their function as “Bürgermeister” or “Amtmann” (village mayor resp. mayor) or later in higher positions in the command structure. And even their wives and daughters, being used and taught to run and organize a big household with many female and male farmhands and family members of all ages, were quite well equipped to take over public offices in the first “typical female organizations”.

But what about all those Schulte families without a double name? As I said earlier, “whoever sat on the Schultengut and had the position of Schulte in that particular village, would bear this kind of Schulte double name”. That means that those sons who did not step into their father’s shoes (and profession) were not to keep the double name as soon as they “left the house”.

All this was not written in stone though. It could well be that a non-Schulte-profession-but-still-Schulte-named person got to keep the double name, depending on the officially recording clerks’ and priests’ decisions or the importance of their own family or the one they were “marrying into”. In general a Schulte family with a double name is easier to track than a Schulte family without but keep an eye out for “plain Schulte families” as well. Chances aren’t too slim that they might have “double-name” ancestors and therefore are related to you, too.

Did you find Schulte families among your ancestors? If yes, did they prove easy or tough to track in your research? 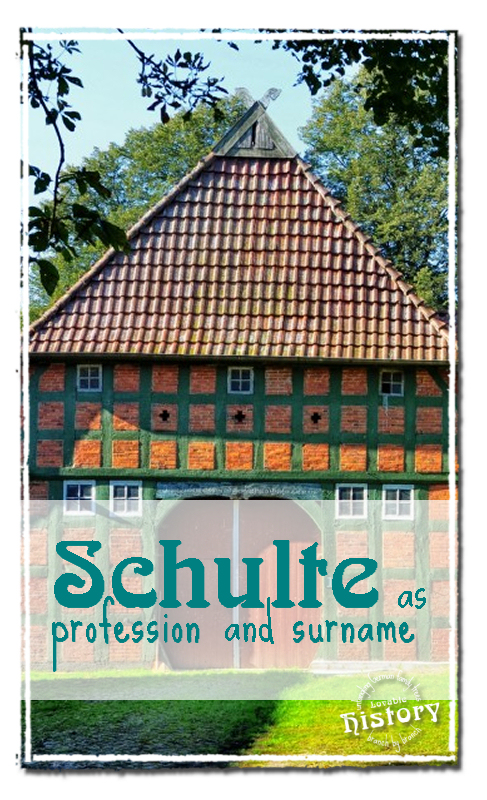